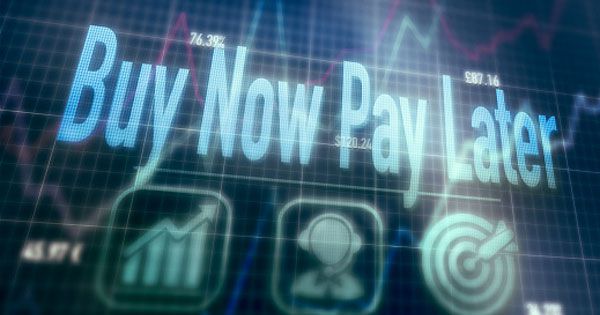 Buy now, pay later has become a popular payment strategy among Internet buyers. This online payment solution is appropriate for younger audiences, particularly those who do not have or do not want credit cards.

The major benefit of pay later alternatives is that they do not have any additional fees or interest. Additionally, it allows consumers to spread out the payment of their entire order over a period of time. There are numerous advantages associated with the buy now pay later scheme for retailers, such as improving conversion rates, acquiring new consumers, and remaining competitive.

The scheme of Buy Now Pay Later can be described in a variety of ways. Installment payments, shop now, pay later, pay in four, and postponed billing are some of the concepts you may have heard.

Whatever term is used, the final result is the same: buyers may purchase a product and can make the payment afterward. Installment payments are typically made over three, four, six, or twelve months until the order’s complete value is paid off.

As an e-commerce business, this means that a finance company will still pay you in full. For you and the buyer, this is a win-win situation because you get paid immediately, but they will have time to pay for it.

Working with a payment gateway that enables installment payments allows you to add buy now pay later options to your checkout as an e-commerce merchant.

Buy now and pay later can be very beneficial If you offer higher price items. Allowing customers to pay in installments can boost your e-commerce conversion rate and increase customer happiness.

The advantages of allowing customers to buy now and pay later

As previously stated, having options is always beneficial when it comes to converting new visitors to your online store. Add a buy now pay later option to your site to get the following advantages:

People are often psychologically and emotionally ready to make a purchase, but they are unable to do so financially. You’ll convert more website visitors to paying customers if you accept buy now pay later payments.

Installment payments are already accepted by your competitors. At this point, it’s not a question of whether, but when buy now pay later will blow up. Being left behind in this increasingly digital world can prove to be costly for your company.

Allowing clients to buy now and pay later can help you attract not only those who are interested in your items but also those who are unable to pay the whole amount right now. This is very much applicable if customers do not have to pay an extra charge. It’s becoming a more popular alternative to credit cards.

The enhanced financial management will lead to long-term growth and confidence that you need to attract repeat and reference business. It’s also a popular choice because of the significantly reduced fees compared to using a credit card. These payments are not only more accessible to the typical customer, but they are also less expensive in the long term.

Establishing a foundation of trust

You’ve created a fantastic marketing plan for your e-commerce business, and you’re attracting a lot of new visitors, but no one is buying. Then there’s buy now pay later scheme. Purchases may now be made with less upfront commitment, resulting in a better customer experience and greater trust in your company.

Use BNPL to build a stronger relationship with your customers. Customers begin to trust you after they get to know and like you. They’ll stick around and return back to buy more once they’ve gained your trust.

Limiting the number of shopping carts that have been abandoned

Because of a lack of payment choices, 6% of individuals searching for products abandoned their carts. The most common reason is additional charges above the purchase price, such as delivery expenses.

It’s critical to give customers all of the information they need upfront so they may feel confident about making a purchase. Customer satisfaction may be boosted by assuring them that they will get their money’s worth and being open and honest about product quality.

Customer lifetime value is the total amount spent by a customer at your store over the course of their interaction with you. Because the cost of acquiring new consumers has increased in the last few years, maintaining your existing clients is becoming increasingly valuable.

Customers will not only be able to spread out their payments over a longer period of time thanks to the buy now pay later scheme, but they will also be more involved with your company. Customer retention rates improve as a result of this. You’ll build trust, brand loyalty, and drive repeat transactions with buy now pay later alternatives.

Providing a variety of payment alternatives to your consumers is critical for improving customer satisfaction and can help you convert more shoppers into paying customers. Many firms have embraced the buy now, pay later e-commerce experience, which has resulted in a considerably greater rate of return. A more pleasant checkout experience is likely to result in more sales, more brand trust, and lower cart abandonment rates.

Allison Janney is a Sales & Marketing Manager at ChargeAfter. She would like to share content on Finance Industry like Point of Sales financing, Buy now Pay later, consumer financing & Ecommerce financing for valuable reader.