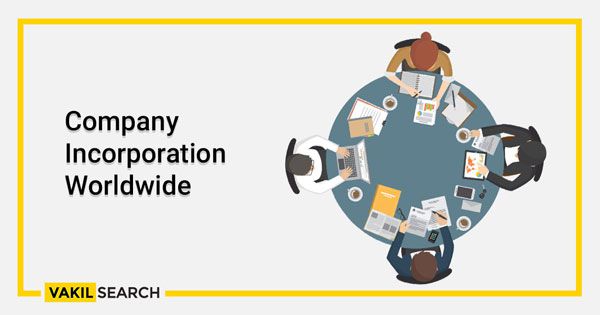 The term ‘incorporation of a company’ is a reference made to the legal process involved in the creation of a corporate entity or company. There are a variety of different company structures, such as:

Private limited company: this is the most popular type of company in India, with a structure that allows a clear separation between the owners and the company, allowing the owners to be free of any debts the company might get into, as long they are not directly responsible for the incurring of such debt. In India, Vakilsearch are the countrywide leaders in company registration online, with the unbelievable record of being involved in the incorporation of a new company every 9 minutes.

Partnership firm: this is the easiest type of entity to create, with just a stamp paper and stamp duty being needed. However, partnership companies offer notoriously poor protection for the partners involved in the venture, with partners being individually liable for the debts of the company. The tradeoff for the ease of incorporation is the lack of sufficient separation between the partners and the company.

One-person company: a one-person company, also known as an OPC, can be formed with only one owner who acts as both director and sole shareholder of a company. An OPC is allowed to have more than one director, but there cannot be more than one shareholder. In an OPC, the sole owner has complete command over the company, thereby restricting their liability towards their contributions to the enterprise.

Nidhi company: a Nidhi company is formally classified as a non-banking financing company (NBFC) and is registered under Section 406 of Companies Act of 2013. Nidhi companies are primarily incorporated in order to allow the borrowing and lending of money between the various members of the company. In this manner, members/shareholders are encouraged to save money and invest all of it within the company. Following that, the deposits are utilised by the company to aid its members/shareholders by providing them with loans or advances and is also used to acquire government-issued stocks, bonds, debentures and securities.

Essentially, once you come up with a business idea, start asking yourself the following questions:

You will be best equipped to decide upon the type of structure with which you would be best served to incorporate your business one you ask and answer these questions.